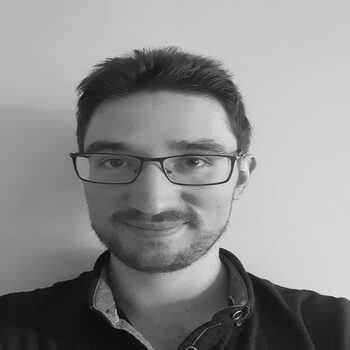 My name is Florent and I’m a second-year PhD candidate in the CPG. My research interest is about the privacy of machine learning systems. Mainly, I study vulnerabilities of systems against attacks such as Property Inference or Attribute Inference. More specifically, I use machine learning to attack the privacy of the training dataset of such models. I also studied the vulnerabilities of generative models, such as GANs.

Before starting my PhD, I obtained an MSc in Fundamental Computer Science from ENS Lyon, France, and the Diplôme d’Ingénieur de l’école Centrale de Lyon (equivalent to a Bachelors and Master’s degree) from Centrale Lyon, France. Through my studies, I studied fundamental computer science, maths, applied maths, and coding. My studies allow me to have a wide view of both engineering and fundamental research.

I did internships, one in Oxford, under the supervision of James Ben Worrell. My research there was about verification, where we studied both the existential fragment of Büchi arithmetic and of linear arithmetic over p-adic fields. It ended by publishing at LICS. The other in Orange (French tech company), Caen, under the supervision of Loïc Ferrera. I studied during that time applied cryptography to quantum systems and their attacks.